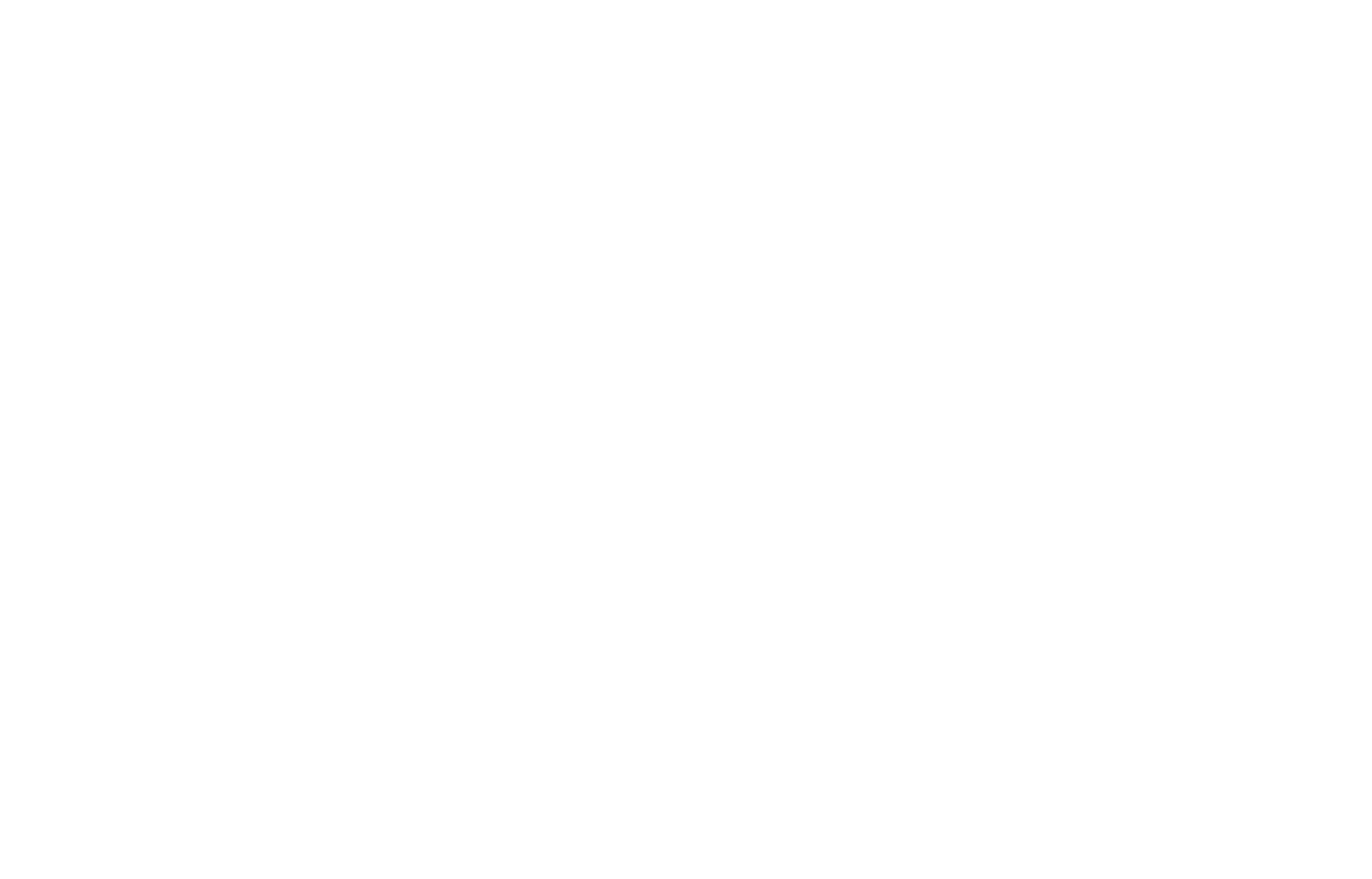 cylinder smart metertag and trace
ME

for the Next Billion 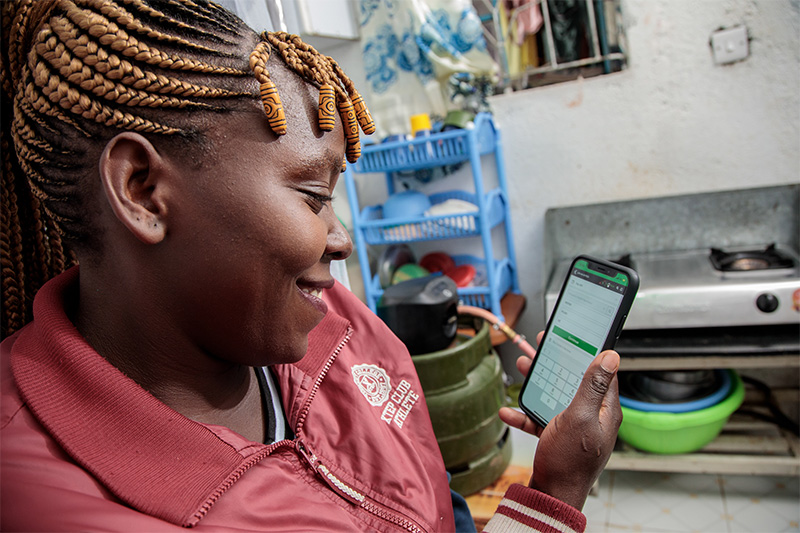 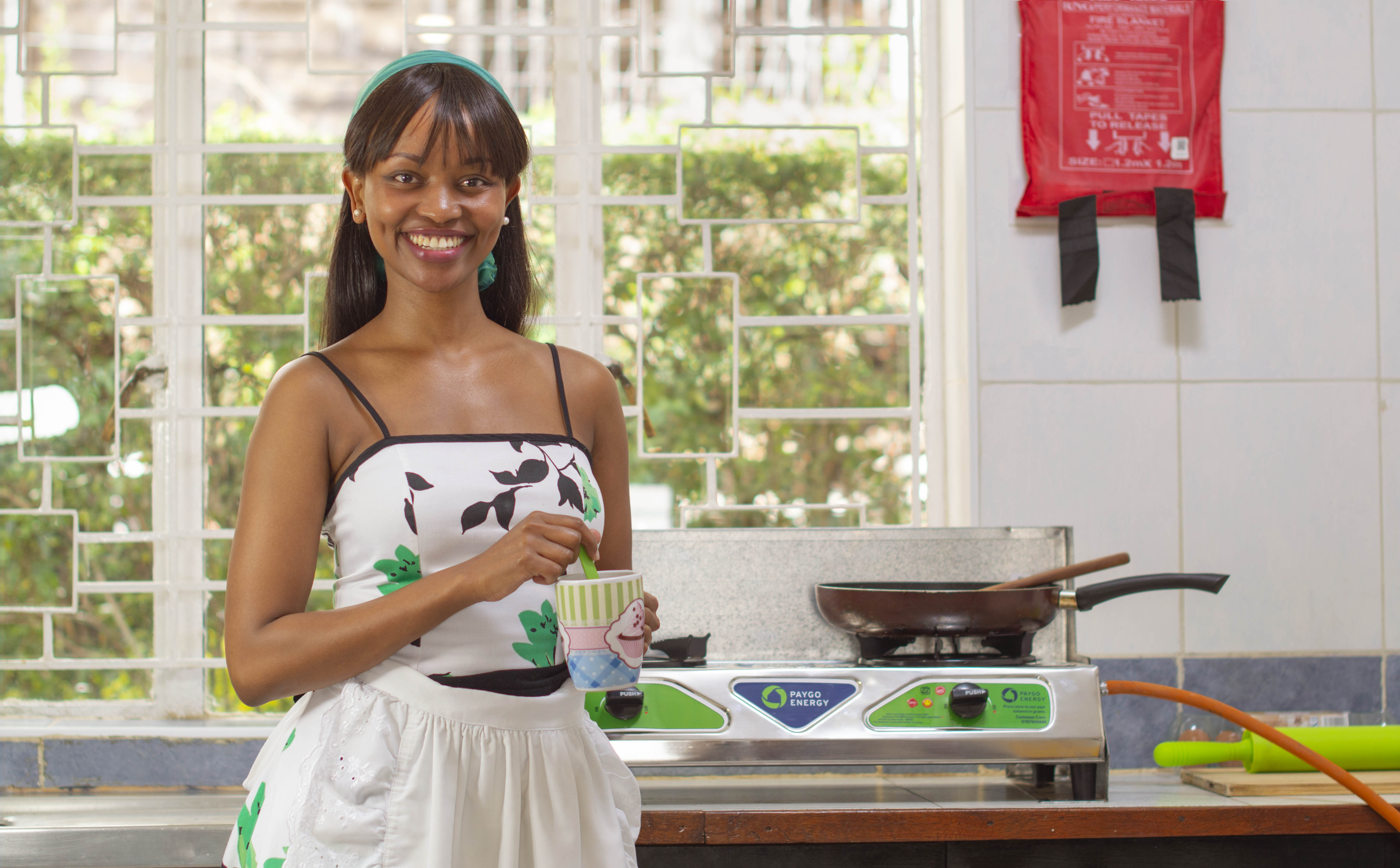 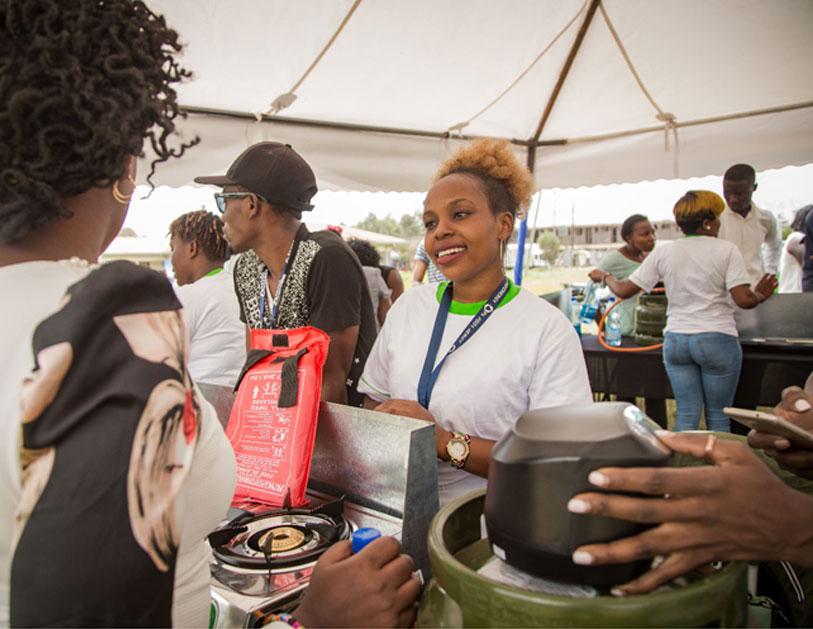 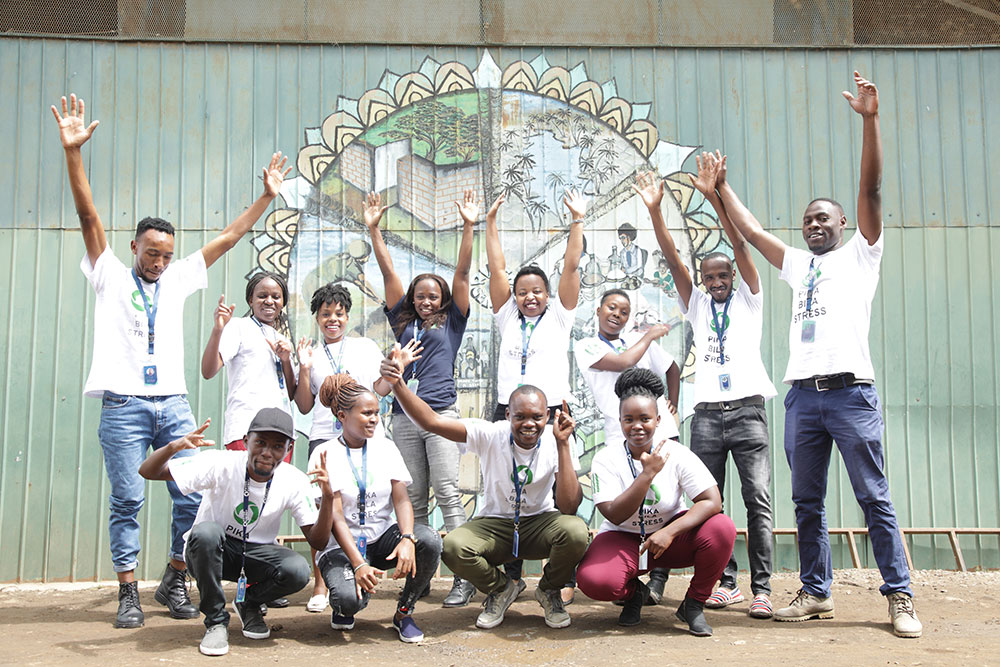 A
Our Vision: Clean Cooking for the Next Billion.
Our Mission: To help develop and expand markets for LPG through digital innovation.
PayGo is a venture-backed technology company based in Nairobi, Kenya. Founded in 2015, our mission is to support the growth of new markets for LPG through digital innovation. We believe that, by bringing proven technologies to the LPG industry, we can expand access to clean cooking for millions of households in the developing world.

PayGo founder Fausto Marcigot explains how it all began.

This is some text inside of a div block.

PayGo founder Fausto Marcigot explains how it all began.

It all began in 2015 in the informal settlement of Mukuru kwa Reuben (in the industrial area of Nairobi, Kenya). We noticed that charcoal and kerosene were available for sale on every street corner, but LPG was difficult to find. From some back-of-the-napkin math we realised that these households were paying more to purchase small amounts of charcoal and kerosene - fuels that are inefficient heat sources, unpleasant to cook with, and deadly to inhale - than an equivalent amount of LPG. 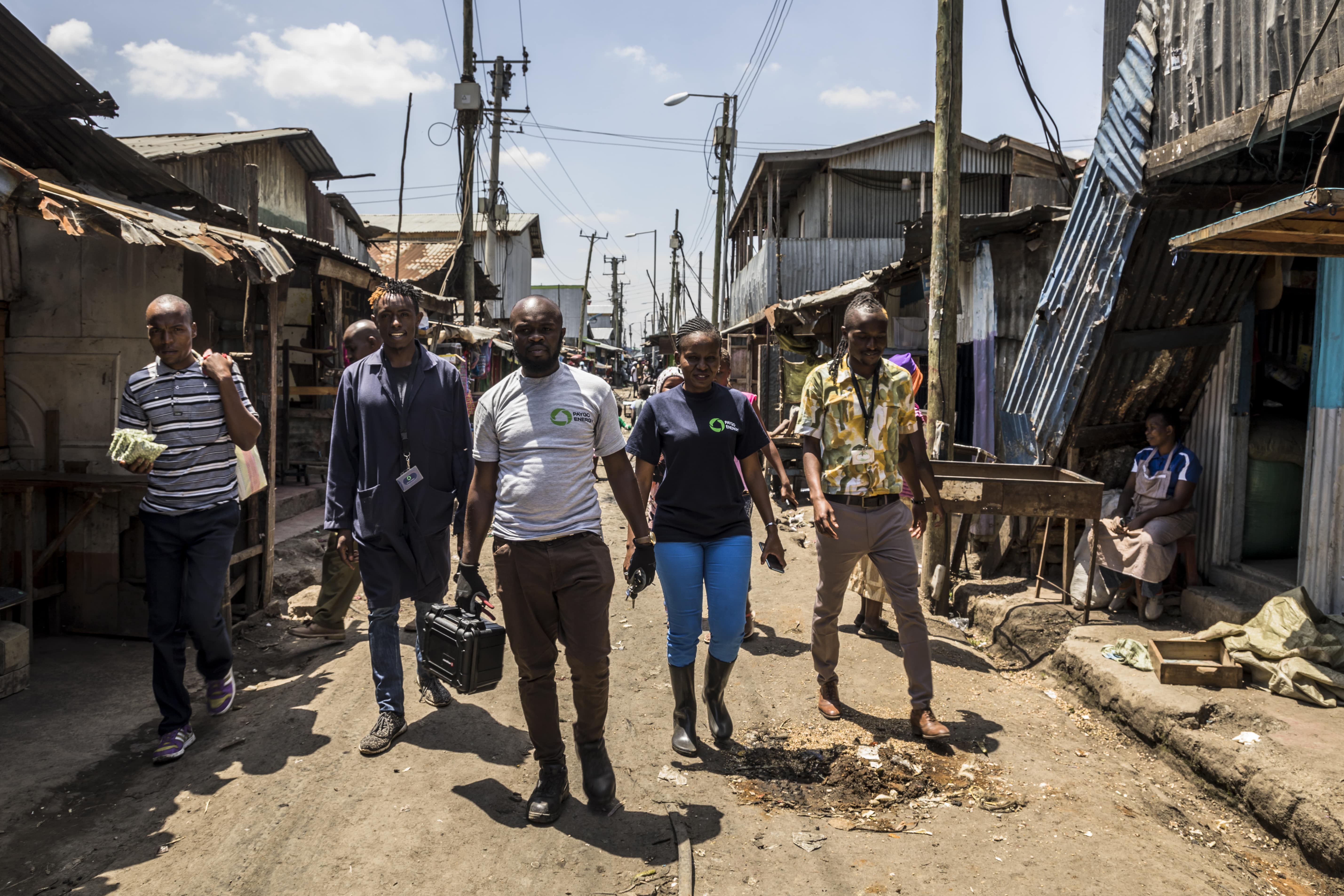 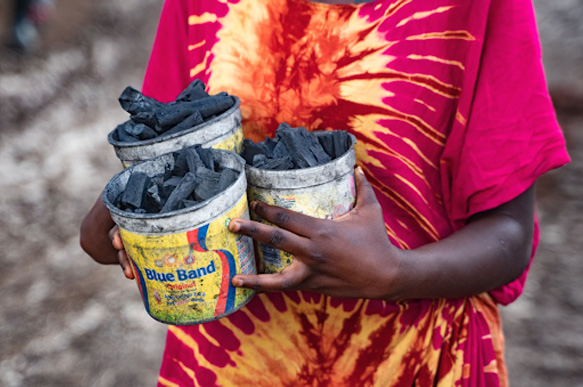 A girl sells buckets of charcoal on a street corner in Nairobi, Kenya.
The key barrier to LPG adoption amongst low-income households is not the fuel itself, but the way it is packaged. LPG is  only sold by the cylinder, with a 6kg cylinder being the smallest unit typically available for purchase. A 6kg cylinder of LPG may provide 40 days worth of cooking fuel, but for households with no income security, paying in bulk is not feasible. Compare this to charcoal and kerosene - which can be purchased on a daily basis for less than $0.50 - and it becomes apparent why in sub-Saharan Africa just 17% of households have access to clean cooking gas (International Energy Agency, 2019).

We hypothesised that if the sale of LPG could be matched to the typical purchasing behaviour of the market, then customers would quickly adopt LPG as their main cooking fuel, and even be willing to pay a premium for the service. And so, PayGo Energy was born with a simple idea:
‍pay-as-you-go cooking.
03

PayGo over the years

Fausto Marcigot, Mark O’Keefe & Nick Quintong testing an early iteration of the Cylinder Smart Meter, 2016
2015
Cylinders and scales.  To begin, the PayGo team put a cylinder of gas and a cookstove in 10 households. We visited each household daily, weighed the cylinder by hand, and charged the customer for the gas consumed over the previous 24 hours.
2016
CSM iteration #1 (of many).  Our first CSM prototype was integrated into an LPG stove, and used the time-of-flight principle to measure gas flow.
Innovation of the Year.  PayGo wins Innovation of the Year at the World LPG Association Global Technology Conference. The award is peer voted by stakeholders across industry and academia.
2018
2019
2019
Commercial roll out.  Installations of PayGo’s current (V.3) CSM begin in Mukuru kwa Reuben. 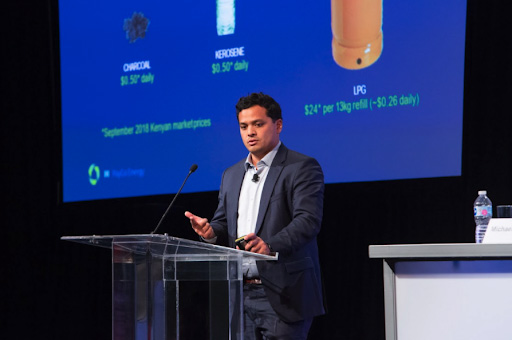 Nick Quintong presents at the 2018 WLPGA Global Technology Conference in Houston
Certified!  The PayGo CSM becomes the first (and only) LPG smart meter to be ATEX Zone II certified; the highest safety standard in this space. The CSM is also deemed fully compliant with the LPG Smart Metering Standard developed by the Kenyan Bureau of Standards. 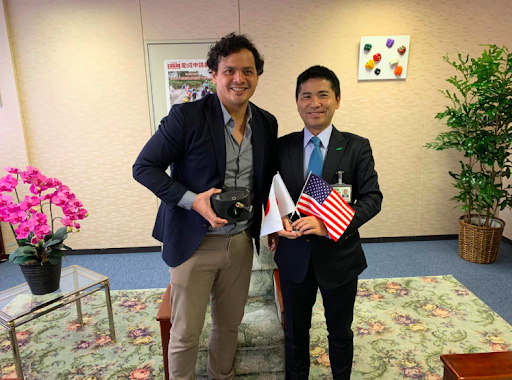 Director of Production & Quality
Hussein oversees PayGo’s manufacturing including supply chain and quality. He is an Electrical Engineer with over 10 years of experience in hardware design, testing, and manufacturing. Prior to PayGo, Hussein worked as a Sensors Designer at BlackBerry Ltd. (formerly RIM) where he was an SME on MEMS sensors operation, design, and integration. Most recently Hussein lead a team of Engineers at MMB Networks for the development and mass production of RF devices to be used in home and industrial automation. He holds a B.Sc in Electrical Engineering (first-class honors) from Queens University, Kingston, Ontario as well as a Masters in Management Sciences from the University of Waterloo, Waterloo, Ontario.

Chief Executive Officer
Nick has over a decade of experience in business development and senior leadership. Nick was a part of the Commercial Leadership Program at General Electric, where he drove over USD 55m of revenue growth in the health-tech practice. Nick has worked with SMEs across East Africa as a Kiva Fellow and holds a BA Philosophy from the University of Southern California.

Director of Product
Mark has 5 years experience in product research, development and sales in East Africa. Mark led the development of PayGo’s service model, and its software platform. Prior to PayGo, Mark led a research division at Sanergy, a sanitation supply chain company based in Nairobi. Mark holds a MSc Humanitarian Studies from the Liverpool School of Tropical Medicine.

Director of Hardware
Mike is an industrial designer with 10 years experience building products in developing markets. Mike led the design, development, and production of the PayGo CSM from its inception. Prior to PayGo, Mike was Product Design Manager at Sanergy. Mike holds a BA in Industrial Design from Rhode Island School of Design, and was a Fulbright Fellow in Cambodia.

Director of Hardware
Board Member

Mark O'Keefe is the Director of Product at PayGo Energy. He leads the development of PayGo’s service model, and its software platform.

Tomohiko Kawamoto is the Executive Vice President and COO of Saisan Company Ltd, Gas One Group.

Partner
Paras was a founding member at EAV, playing a pivotal role in constructing the fund’s thesis around investing in smart infrastructure solutions for Sub-Saharan Africa. In 2012, Paras founded Simply Live, scaling the business into a pan-European player and exiting it in 2014. Prior to that, Paras worked at HSBC’s UK office in Investment Banking and Asset Management. Paras holds a BEng (hons) degree in Engineering from the University of Warwick, UK and an MSc in Finance from the Warwick Business School. Paras currently sits on the boards of Solarise Energy, Manocap Energy, Mawingu Networks, SolarX and PayGo Energy.

CEO
Nick has over a decade of experience in business development and senior leadership. Nick was a part of the Commercial Leadership Program at General Electric, where he drove over USD 55m of revenue growth in the health-tech practice. Nick has worked with SMEs across East Africa as a Kiva Fellow and holds a BA Philosophy from the University of Southern California.